Hide Search
You are here: Home / Body / Chew on This 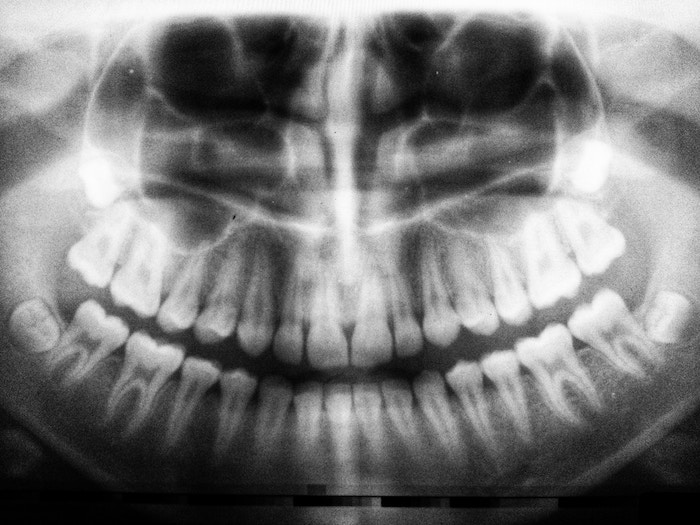 Last week was one of those weeks when I burned up a lot of time going to, being at, and going home from medical appointments. Most were routine and anticipated, but one was not: a visit to my periodontist.

One of the rarer complications of scleroderma is resorption of tooth roots. As my periodontist has explained it to me, my body thinks some of my teeth are invaders and begins to attack the roots like PacMan (albeit much slower). I’ve lost four teeth to this phenomenon over the years. Two were lower rear molars that were simply extracted, and two others involved extractions and implants. My dentist has identified two other teeth that are endangered and has been monitoring them for years.

A couple of weeks ago, one of those teeth announced it was not happy, provoking unpredictable waves of sensitivity in my jaw that felt like a dull ache. I have no idea what caused it to spark. I was not pleased.

When I saw my dentist to get his opinion, he was quite candid. At some point in the not-too-distant future, I would need to go through the expensive process of another extraction, implant and crown. So I made a follow-up appointment with my periodontist to see what steps I needed to set in motion.

By the time I saw him last Wednesday, the tooth was calming down. He took a look and confirmed that my molar was, indeed, on the way out. But he also said that it was really up to me to determine when to take action. If the pain were tolerable or even reduced to background noise, I could leave it be until it inevitably got worse. I could also just have it extracted and skip the implant, but that didn’t make a lot of sense, given the fact that I don’t want to have any more issues chewing and swallowing than I already have (more complications from scleroderma and Sjogren’s Syndrome).

So, I decided to wait. Sure enough, a week later, the molar is relatively silent. I know I will undoubtedly have to deal with it over the summer, but at least I don’t need to jump.

This decision is made more complicated by the fact that I have to switch over to Medicare by the end of the month. All of the supplemental dental plans have a 12-month waiting period for the kinds of procedures involved—unless I stick with my current provider, in which case they might wave that waiting period, but I have yet to confirm.

Even with dental insurance, for which you pay a decent chunk of change, there is typically an annual benefit cap of about $1,000 or a little more. As my periodontist observed, I have to be really sure the premiums are worth it, given that what I’d receive is only about an eighth of what the process will cost. The net benefit is small.

While I’m fortunate to have the financial means to have options, the tradeoffs are infuriating. Why is dental insurance so lousy? Especially as you get older, keeping your teeth is as important to your overall health and well being as staying in shape. It’s not a vanity project. It’s about being able to eat comfortably and safely. It’s also about avoiding complications of infections and other serious dental health issues. But so many people cannot afford the care necessary to preserve their teeth that the simple act of smiling is a very visible marker of social class and economic disparities.

All of which is to say that as our nation wrestles with the question of whether and how to provide universal health care, we must make sure the conversation includes dental health care, as well. Our mouths aren’t separate from our bodies. We can’t just swallow the status quo.

Image: Umanoide (And no, those aren’t my teeth.)