All those perfect bodies. It’s impossible to watch the Olympics without marveling. Sculpted muscles, tight abs, toned thighs—these premier athletes look every bit like the marble statues we saw everywhere in Italy this summer—except, of course, they are living, breathing humans who accomplish seemingly superhuman feats of strength, coordination, balance, speed, grace. 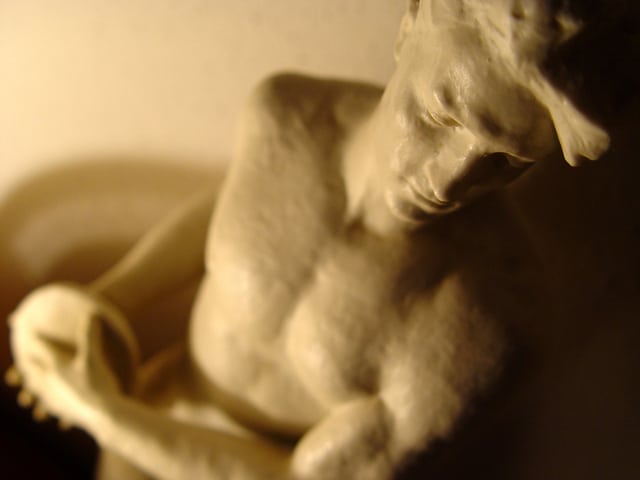 The Summer Olympics, especially, always set me daydreaming—what would it have been like if I’d had the ability and training to compete as a gymnast when I was that young and healthy? What does it feel like to be Simone Biles, dancing, bounding and twirling through the air, always landing soundly on her feet?

The gold medalists, especially those who’ve distinguished themselves as Biles has in gymnastics with her extraordinary athletic prowess, are walking Rorschach tests for our imaginations—as well as our biases.

There has been plenty of press regarding the ignorant comments by NBC sportscaster Al Trautwig about Biles’s parents—her biological grandparents, who adopted Simone and her sister when they were very young. “They may be mom and dad but they are NOT her parents,” he tweeted last Sunday. Those comments raised a huge furor, rightly so. As an adoptive parent of our older daughter, I found the initial reporting offensive and appalling. I was very glad that Trautwig not only retracted his statements eventually, but also apologized. Shared DNA is not the defining ingredient of parenthood.

But there is another bias projected onto Biles that has not been flagged—and that involves how she is described in terms of height. Like many female gymnasts, Simone Biles is petite. She stands 4-feet-8-inches tall.

For some reason, however, the sportscasters are compelled to describe her as a “4-foot-8-inch giant.” This is intended as high praise—small in stature, but a huge presence. I get it.

However, my younger daughter stands 4-feet-7-inches tall, and over many years, we have discussed the challenges of living in a society that tends to be dismissive of individuals who are shorter than average. Short stature is associated with being childlike, being “cute” (as in not taken seriously), being less capable of leadership. It’s an insidious stereotype that has no more to do with what an individual is capable of than the color of her skin, religion, gender identity, physical limitations or any other distinguishing characteristic.

By describing Biles as a giant, the sports world is underscoring the perceived irony of such a small woman looming so large over other gymnasts. The implied assumption: better-than equals bigger-than. But why isn’t it enough for Simone Biles to be the world’s greatest female gymnast—period? Why does her height have to figure into her sobriquet? Does anyone dwell on swimmer Michael Phelps’s height when describing his amazing 23 gold medal record? Of course not. He’s 6-feet-4-inches tall.

The Olympics are all about achieving athletic perfection. Wouldn’t it be wonderful if those who set the bar for how we talk about these breathtaking accomplishments strived to set a gold-medal standard for appreciating the precious uniqueness of each individual—rather than marveling at how they’ve defied expectations based on stereotypes. Imagine how that might shift dialogue and perception far beyond two weeks every other Olympic year.