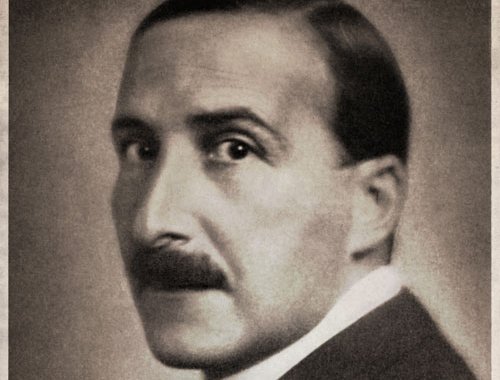 On Tuesday, I turn 63. It’s one of those in-between birthdays, halfway from the momentous 60th to the liberating 65th (assuming Medicare doesn’t disappear in the meantime). The forsythias are in full bloom, at last, and the maples lining our street have flowered—prompting my annual early spring allergies or a cold, I’m not sure which.

Even still, I’m grateful for the trees’ chartreuse tinge, the daffodils in our neighbors’ yards, the violets, the tulips reaching skyward. My birthday falls on the last day of Passover this year, and I’m looking forward to some real cake when we go out for dinner in the evening to celebrate.

These are small pleasures. It’s essential to savor them when headlines blast bellicosity. Anticipating my birthday a year ago, I could have never imagined we would be wondering if North Korea really intends to fire nukes at Seattle, or whether the U.S. successfully sabotaged Pyongyang’s missile test this past weekend.

If history is any teacher, much as I would like to ignore the news, we need to pay attention. I have spent much of the Passover holiday reading the haunting memoir of Stefan Zweig, a Jewish Austrian playwright, novelist, poet and essayist who chronicled the destruction of Europe during the two World Wars in The World of Yesterday. (That 1942 memoir and some of Zweig’s stories inspired Wes Anderson’s 2014 film, The Grand Budapest Hotel.)

One of the most famous writers of the 1920s and 1930s, until his literary career was destroyed by the Nazis and he was forced into exile, Zweig struggled deeply with the role of the artist in response to the politics of his day, when dreams of a better world crumbled into ashes. His questioning parallels my own internal monologue as our nation wrestles with the meaning and value of our democracy. He provides no easy answers, even as he strives to remain true to his principles of the uniting humanism of artistic endeavor.

Among many striking passages, Zweig recalls a mixed sense of calm and foreboding on his 50th birthday. The year is 1931. Having survived the Great War and ensuing impoverishment of Austria, Zweig describes contentment with his rebuilt life. He has achieved literary fame and comforts in his home in Salzburg. He has been inundated with gifts from his friends, who include many of Europe’s leading writers, artists and musicians. But something eats at his consciousness:

Strange to say, the very fact that I could think of nothing to wish for at that moment made me feel mysteriously uneasy. Would it really be a good thing, some impulse in me asked—not really my conscious self—for life to go on like this, so calm, well-regulated, financially profitable and comfortable, without any more tensions or trials? Isn’t it, I asked myself, wrong for your real self to be living this secure, privileged life? . . . Wouldn’t it be better for me—so I went on daydreaming—if something else happened, something new, something that would make me feel more restless, younger, bringing new tension by challenging me to a new and perhaps more dangerous battle? (Translated by Anthea Bell, University of Nebraska Press, 2009)

The tragedy and irony of that premonition is not lost on Zweig, who, by decade’s end, was forced to reclaim “a harsher, harder life from its ruins and rebuild it from the ground up.” I read these words, and I wonder, too, what’s in store.

The world feels fundamentally different to me on my 63rd birthday. I am grateful for so much—family, friends, home, community, creature comforts. Yet the accelerating pace of disruption overwhelms. Some days it’s hard not to get caught up in dark predictions. I struggle to find the balance between staying informed and staying sane. As Zweig wryly notes toward the end of his memoir (alluding to radio and the speed of news transmission), “The greatest curse brought down on us by technology is that it prevents us from escaping the present even for a brief time.”

Nonetheless, as Zweig speculated on his birthday 86 years ago, there is an immediacy and strengthened sense of purpose in a time like this. I feel as if my words matter more, now, than a year ago. I’m still finding my voice. I completed the first draft of my novel, which I have been writing for two-and-a-half years, about a month ago. It’s set in World War I. The parallels resonate more strongly than ever. The year ahead will be devoted to revisions, and new words, and finding the courage to say them.