Nothing like travel to broaden your horizons and challenge your equanimity.

Glad to be back home from an excellent business trip to Chicago last week. Great meetings with a wonderful client, much learned, and a fascinating project ahead. In the process, I caught up with old friends not seen in decades, ate some fine meals and visited the magnificent Art Institute of Chicago. 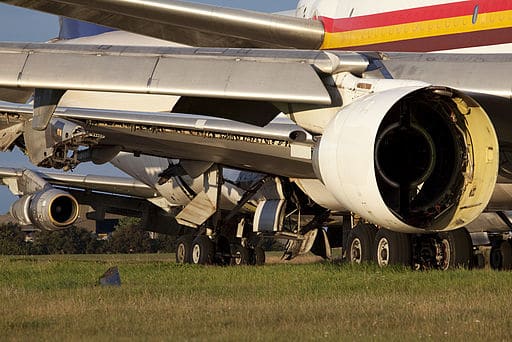 All my preparations for carry-on luggage paid off, and I even lucked out twice with the fast lane TSA check-in, so I didn’t have to remove shoes, pull out my 3-1-1 bag or my computer when I went through security.

But, of course, there were complications. Miraculously, I did not get an infection in any of my finger ulcers. Instead, despite all my best efforts at hand hygiene, I woke up Wednesday morning with conjunctivitis in my right eye. I have not had this since my daughters were young. I couldn’t believe it. Conjunctivitis. Really?

Fortunately, a physician on my client’s leadership team was able to prescribe eye drops, saving me a major hassle and a visit to the ER. My eyes are still healing five days later, but the business trip was saved.

Then came the trip home.

Friday morning, I arrived at O’Hare with plenty of time to eat breakfast, find my gate and relax before departure. Our United Airlines jet arrived 15 minutes before our scheduled Noon departure, so our boarding was slightly delayed, but I wasn’t too concerned, since it was a non-stop flight.

The plane was too small for most people’s carry-on bags, so I and others were given green tags to load out bags onto the plane and receive them at the gate in Boston. However, I failed to realize that I should have taken the perforated stub off the tag, in case I had issues with claiming my bag. I will not make this mistake again.

We settled into our seats. I noticed the leather was worn and wondered about the age of the plane. This proved prescient.

At least 20 minutes passed. The pilot announced that we had an issue with auxiliary power, they were dealing with it, and we’d be on our way shortly. I tried not to worry. A few more minutes passed, and the plane pulled away from the gate.

We began to taxi out to the runway. Then we stopped. For a long time. I heard the engines revving and some odd noises. Then silence. Then the engines revved again. Then silence. Finally the pilot got on the loud speaker once again. This time, he informed us, there was an issue with the heat pump for the left engine. We had to head back to the gate for a mechanical check-up

So back we taxied. Another wait, this time for an open gate and a ground crew to guide us in. “They weren’t expecting us,” the pilot explained. I guess not. My seat mate and I began to crack jokes about what else could go wrong, like a sudden severe thunderstorm. We discovered a shared concern for climate change and a love of Jon Stewart.

At first, the flight crew wanted to keep us on the plane. But the engine problem was apparently more complicated than expected. So after another half hour or so, they decided to let us off the plane while the mechanics took a closer look. “Please stay near the gate for any updates,” the crew told us.

Now, that’s all fine and good, but several problems became immediately apparent. For one thing, I could not take my wonderful carry-on bag off the plane because it was in the cargo section, and I had not taken the stub from my green tag. So there was no option to get on another flight without getting my bag back.

For another, the staff at the gate had no information about alternative flights. “You can go talk to Customer Service,” we were told. Only one issue—we were at Gate B22, at the far end of the United Airlines terminal, and Customer Service was literally about a half-mile walk away.

So, how does one stay at the gate for updates and simultaneously find out about flight alternatives without cloning oneself? (I had tried unsuccessfully to download the United app.) As I pondered this, I decided to make a trip to the ladies room. While turning around to pick up my purse in the stall, I missed a metal shelf sticking out from the wall. Wham! Banged my forehead. It hurt. In fact, it hurt so much that I wondered if I’d just given myself a mild concussion. In the bathroom mirror, I saw a fat goose-egg on my forehead, with a throbbing vein in the middle, though no blood.

At this point, I almost lost it. How was I ever going to get home? What if I really had a concussion? I needed ice. Trying to slow my breathing, I spent a ridiculous amount of money for a chilled bottle of water, which I then pressed to my forehead as I sat at the crowded gate, feeling conspicuous. Though, of course, everyone was too absorbed in their own travel woes or cell phones to notice or care.

Nothing to do but wait it out, I decided. This was going to be a long trip home, but I’d get there, eventually.

Next announcement: There would be an update at 2:00 p.m. Enough time to find Customer Service. Long walk, more waiting. While in line, I recognized a fellow passenger and commiserated. She, it turned out, was on her way to be a bridesmaid in a childhood friend’s wedding in Cambridge at 7:00 p.m. Her dress was in her carry-on, which, like mine, had been green-tagged. As we sorted out our alternatives with the customer service reps, we learned that our flight was going to be switched to a new plane. Hurray! Hope springs eternal.

Back at B22, we soon boarded our new and improved plane. Where it came from, we did not know, but the seats looked newer, a good sign. All our luggage was switched, everyone was accounted for, and we all fastened our seat belts, By now, it was about 2:30 p.m., two-and-a-half hours after we were supposed to leave. A reasonable person would expect to taxi out right away. But there was one hitch: The plane needed fuel.

So we waited some more. I learned a lot about my seat mate’s law firm and some fascinating cases. She was still hoping to meet a friend in Boston and ride out to Northampton for a 7:00 p.m. engagement—but timing was getting pretty tight.

By 3:30 p.m., we were all starting to wonder what was going on. Finally the flight crew got on the speaker once again to give us more unfortunate news: The pilot and co-pilot had timed out and could not fly anymore that day. We were now awaiting assignment of a new flight crew, who would be there “momentarily.”

“Did anyone have a watch?” my seat mate asked.

At last, by 4:00 p.m. we had our new crew, and we pushed away from the gate. Soon we were cruising at 35,000 feet, riding the Jet Stream toward Boston. A-h-h-h-h. Our new pilot, who had a soothing British accent, informed us that our descent to Logan should be quick, though we might hit some turbulence.

Fortunately, he was wrong about the turbulence. But he was also wrong about Logan. Lots of Friday evening air traffic. And so, as the sun slowly sank in the west, our plane began to circle. And circle. And circle. I asked my seat mate if she’d ever seen the classic Twilight Zone episode, “The Odyssey of Flight 33,” in which a jet mysteriously travels back in time, never to return to the right era.

Our United Flight 3791 time warp lasted until 7:00 p.m., when we finally arrived at Logan. I bade my seat mate farewell (her friend had booked a hotel room in Boston and they were going out for a good meal and stiff drinks). While collecting my green-tagged bag, I caught up with the bridesmaid, whose parents were picking her up and bringing her to the wedding, where hors d’oeuvres were just being served, so she was still going to make the ceremony.

Within another 45 minutes, I was in my car, driving west on the Mass Pike. I’d missed rush hour. The highway was dry from rain earlier in the day. My forehead swelling had receded. Hugs and a delayed Shabbat dinner awaited me.

Yes. Very glad to be back home.