Sitting in the hallway of Mass Eye & Ear’s Cornea Service, as doctors, fellows and technicians in white lab coats stride back and forth, back and forth. Before, all the seats that line the wall were full. Now I’m by myself. A cranky teen sitting next to me earlier complained to her mother about prisoners being seen here. “Why do they have to go to the good hospitals?” she griped. “Why do they have to take my spot when they’ve committed a heinous crime?” 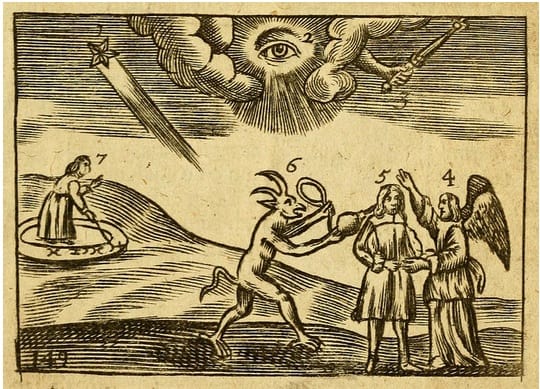 Doors open and shut with a swish and ca-chunk. I’ve had my medical history taken, my vision checked, my tear production dip-sticked, my eye pressure tested for glaucoma, my cornea thickness measured. I’ve been here for nearly three hours, having made it through all the preliminaries, and now I await the big cornea specialist.

This is the first time I’ve ever had my Sjogren’s (another autoimmune disease that can accompany scleroderma, which damages moisture producing glands) carefully assessed, because the dryness in my eyes is causing light sensitivity and blurring toward day’s end. After my travel episode with conjunctivitis in March and resultant corneal abrasions from irritating eye drops, I am wary of putting any new medications in my eyes without a thorough evaluation.

The cranky teen told me her first appointment here took five hours. I have made the mistake of parking in the Mass General Hospital garage, which does not accept validation from Mass Eye & Ear, even though the institutions are right next to each other, and I realize this visit is going to cost a small fortune.

I wonder if they’ve forgotten about me.

I check my email on my laptop. At least I had the sense to bring it along so I could get some work done. Could I have gotten so absorbed in responding to a client that I missed hearing my name?

“Evelyn?” The man’s voice is loud, authoritative. Finally, the specialist has called me in. He is tall, trim, graying. No glasses, maybe wears contacts. Two women fellows accompany him into the exam room. He apologizes: my chart was put in the wrong place and he’d been looking for me for the past half-hour. Sigh.

More drops, more lights, more gentle prodding to see if my eyes exude any tears. After he checks, he has the fellows look, too. It’s a teaching institution, after all, and I am a teachable moment. He types on the computer for what seems endless minutes as the fellows, now three of them, watch in silence. Occasionally he asks a question to clarify a detail. I feel like I am being tested. Have I given the right answer? Is he ever going to talk to me?

Finally he finishes his notes and swivels around in his chair. He knows his stuff. This man teaches ophthalmology at Harvard Medical School. We discuss options to relieve the dryness from Sjogren’s, which include blocking the ducts that drain tears from my eyes with tiny silicone plugs to increase the moisture level—like stopping up your bathtub, he explains—but apparently my ducts are “pouting” because they are too irritated and wouldn’t hold the plugs well. The whole idea is so new to me that I’m actually relieved not to have little stoppers inserted in my eyelids. It’s hard enough for me to let anyone touch my eyes at all or put in drops.

So, next best option: steroid drops to heal the inflammation and then a round of Restasis, which quiets the autoimmune process that has tightened the spigot. He’s forthright—the Restasis may not work to increase my tears, it takes four to six weeks to kick in, and it can be irritating. He recommends refrigerating the drops before inserting them to minimize side effects, also going a week on the steroid drops, first, to ease the inflammation. “And don’t rub your eyes,” he cautions. “It’s not your fault that you do, but it doesn’t work to produce more tears and it makes the irritation worse.”

Four hours have passed since I first arrived. I am exhausted from the long appointment and complicated prognosis, even as I appreciate the expert consultation, and overwhelmed by the prospect of yet another very expensive medication which may or may not be effective, just as our health insurance coverage is about to change to a higher prescription co-pay in July.

I find the cashier at the garage and catch my breath. Anything over three hours will cost a whopping $48. But by a miracle, the cashier assumes I’m a Mass General patient and only charges me $10, even without a stamped validation. Okay, thank you.

I take the elevator to the floor where I think I left my car. Then I get confused. Did I walk up an incline or down to get to the elevator after I parked? I’m watching the signs and not my feet. Whomp! I trip over a curb and smack wrists, elbows and knees on concrete. It hurts. A lot. But by another miracle, I’m able to get up without any severe pain that would indicate fractures or broken bones. Even as I feel tears welling that won’t come, I’m also amazed and relieved. I find my car and check all the points of contact. My gloves, pants and coat have protected me. No cuts, no scrapes, no torn clothes, just achey. All I want to do now is get home.

I turn on the ignition and the tire pressure gauge glows yellow. I first noticed it this morning, as I was leaving to drive into Boston. A quick visual check revealed no soft tires, and I didn’t want to miss the appointment, which had taken weeks to get. So I risked the drive in, through two hours of heavy traffic, and just made it to my appointment on time. Now the car rides evenly down the ramp to the exit, and I assume it’s just a finicky sensor, so I keep driving.

An hour later, closer to home, I call our tire dealer on my cell to see if she can do a quick check. No problem. And a good thing, too, because it turns out that I have a screw in the left passenger tire that is causing a slow leak, but the tire could have blown any time. It can’t be patched. I pull out my credit card to pay for the new one. “You were lucky,” she says.

Image Credit: Illustration from “God’s Providence,” from the 1705 English edition of Orbis Sensualium Pictus by John Comenius, considered to be the first child’s picture book, originally published in 1658 in Latin and German; Boston Public Library. Thanks to www.publicdomainreview.org.