When my daughters were very young, one of their favorite bedtime storybooks was the lovely classic, Goodnight Moon. We had to find the little mouse hiding in each illustration. It didn’t matter how many times we’d read the book. Finding that mouse was the best part. 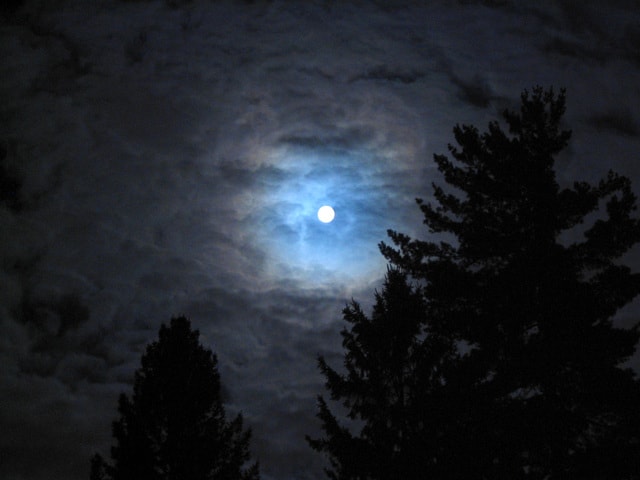 A little gray mouse in a picture book is fun to find. A real gray mouse is not. Especially when there are a handful and they are running around your kitchen. And living room. And office.

With this week’s bitter cold and stormy weather, mice have decided our home is a nice place to hang out. They like it warm. We have that much in common. I believe they’ve actually been with us for a while, but had kept to our garage, where we made the huge mistake of leaving a big bag of birdseed unattended for more weeks than I want to admit, after it was clear that some critter had chewed a hole through the plastic.

A couple of times last week, I noticed a chubby black mouse racing away from the bag when I went to my car. High time to clean up the mess, so I bought a plastic bin with a tight lid, put on a pair of work gloves to protect my hands, swept away all the dropped seed and tossed it in the back yard for the birds, and sealed up the rest.

Of course, this meant that the chubby mouse was now deprived of its meals. Which drove it into the kitchen. Midweek, I was sitting in the living room and thought I saw something dart across the kitchen floor. I looked again. Nothing there. I dismissed it as a floater in my eye.

But I was right the first time. All of a sudden, in the midst of the weekend’s storm (only three inches here, nothing compared to all the snow farther south), mice started running through our house. I saw two black ones Saturday night as the snow began to accumulate.

What to do? I hated the idea of killing them. I looked up alternatives online. According to the American Humane Society, house mice don’t do well if you release them to the wild. Plus the idea of live-trapping mice and then transporting them to a snowy field somewhere, in bitter cold, seemed a pretty cruel fate (let alone quite time consuming). Mice can carry viruses, bacteria and fleas. I have an autoimmune disease. We decided to go with traps that did the job quickly.

Al caught one mouse in an old fashioned wood trap Sunday morning. No way I could reset it with my hands. He left it set with more cheese before he went out. I settled down to work on writing my novel at the kitchen table. When I looked again, the cheese was gone. No mouse.

Al had to work all day at the hospital. I tried to concentrate, but I kept hearing scrabbling noises, then nothing, from the kitchen. By mid afternoon, at least half a dozen—maybe some were the same mouse, maybe not—had skittered around the first floor of our home. They were making me crazy.

One darted out of my office just as I was talking to my younger daughter on the phone about the invasion. It ran behind Al’s armchair, under the bookcase, into the dining room and disappeared. Another scooted around the kitchen and into a closet. A little mouse poked out from under the fridge and ran away. But then it or another mouse proceeded to squeak and squeal from somewhere behind the fridge. I actually opened the door to make sure it wasn’t somehow trapped inside.

I’d had enough. I went to the hardware store and bought three quick-kill traps that I thought I could manipulate. I came home and set them up with cheese—not before snapping my finger at least once. Not good. Mouse’s revenge, I suppose.

I set them out and went for a walk. The idea of sitting and listening for the traps to snap was making me very uneasy. But no caught mice when I returned. Instead, as I sat in the living room, trying to distract myself with the Sunday New York Times crossword, a gray-and-white mouse suddenly darted from under the bookcase, skirted a nearby trap without so much as a how-dee-doo, and ran through the dining room before exiting somewhere under the counters. Twice, one of the traps in the kitchen went off without catching anything. And there was more squeaking behind the fridge.

Finally I gave up and called Al at work. He was getting ready to come home soon. By the time the Patriots lost to the Broncos, the little mouse was dead. One down. We went out to dinner because I didn’t want to cook in the kitchen. How many more to go? For all I know, we have an entire extended family in our walls and beneath the floorboards. If the traps don’t do the trick, it will be time to call the environmentally responsible critter control experts and pay the price.

Oh, and by the way, there was a bright, full moon this weekend.