Hide Search
You are here: Home / Hearing / Music of the Spheres

I woke up around 5:30 one morning this week to the sound of intermittent electronic chirping. At first, I thought it was my husband’s beeper. Occasionally Al, a hospital social worker, is on call for ethics consults. 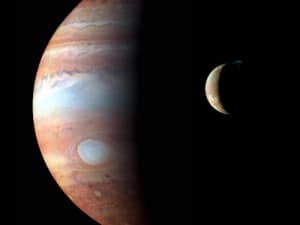 But the sound was coming from the hallway outside our bedroom. Alas, it was our smoke detector’s low battery alert. Important, yes, but not my favorite way to wake up. So I stumbled out of bed, grabbed our TV remote and shut off the damn thing. (And, yes, made a mental note to replace the battery.)

If only I could do the same for the constant ringing in my ears. I’ve had tinnitus for a couple of decades now, ever since I tried a course of Trilisate to relieve joint pain.

A compound of two salicylates—derived from salicylic acid (which is the basis for aspirin), derived from salicin, the natural analgesic found in weeping willows (which made willow bark one of Hippocrates’ curatives)—this anti-inflammation drug also causes tinnitus in about 10 percent of users.

I was one of the lucky few to have the medication damage the tiny hair cells in the cochlea of each ear, my right worse than my left. The result is a constant ringing that has become more pronounced and annoying in recent years.

The noise has become loud enough that I had begun to worry it was affecting my hearing until, one night, when Al was snoring and I couldn’t sleep, I put a pillow over my head and could still hear him quite clearly plus every little creak in the house, along with the ringing. So, at least for now, that’s one fear allayed.

Lying in bed, trying to get back to sleep after shutting off the chirping smoke alarm, I was instead swamped by the ringing, which (as any one of the millions who live with this condition knows) is always worst when everything around me is quiet.

So, being a writer, I decided to listen to the sound and try to describe it. Our radiators began hissing. Similar, but not quite. It’s a rushing noise, but also a ringing. But not quite a ringing. More like a a very high pitched, constant, tinny tone. But not quite constant. It ebbs and flows within a narrow range.

If it weren’t so annoying, the sound would be etherial. It reminds me of space audio—radio emissions from the planets in our solar system, collected by the passing Voyager and Cassini satellites, and converted to sound. The recordings, made by physicists at the University of Iowa, are fantastic, bizarre, eerie and cool. My ringing best approximates the sounds of a Jovian chorus, without the clicking.

And that’s how I’m trying to deal with my tinnitus. Like my scleroderma, it’s there. I can’t stop it, so as long as I have to live with it, I might as well make the best of it as an otherworldly internal concert—my personal music of the spheres.