Hide Search
You are here: Home / Body / Outside In

It’s that time of year when my digital ulcers flare up as the weather gets colder and drier. So, sure enough, a couple of weeks ago, the tip of my middle left finger got infected. Right on schedule. At least it’s been more than four months since I had to go on antibiotics. And I caught it soon enough so the pain didn’t wake me in the middle of the night. 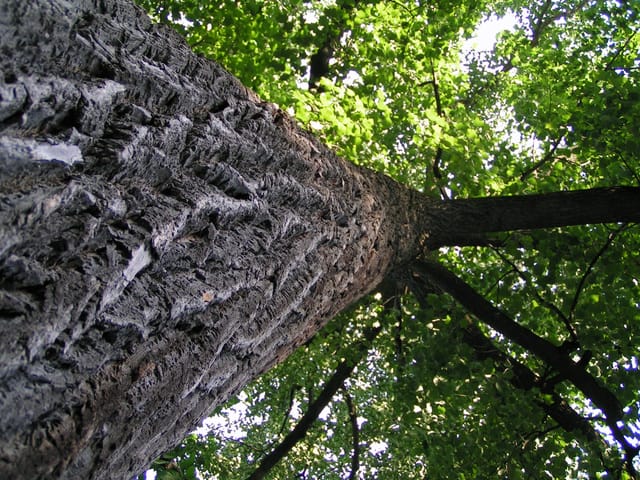 Now, about ten days since I started oral antibiotics, after the topical version failed to work, I’m beginning to see improvement. Over decades of dealing with this problem hundreds of times, I’ve noticed that the turning point is when the outer perimeter of the ulcer begins to heal. The damaged skin slowly repairs itself from the outside in.

Not unlike a tree. When bark is damaged, especially when there’s a big gash, the tree will compartmentalize the wound by forming a callus layer of bark that looks like a thick ring. Gradually, the ring grows inward, sealing off the decayed tissue and preventing the spread of pathogens throughout the tree.

It makes sense, when you think about it. The worst part of any wound is at the center. The healthier cells are around the perimeter. So any healing would have to start where the tissue has the best circulation and access to nutrients and medications and other healing mechanisms.

Which brings me, in a roundabout way, to this past week of more horrible news here in the U.S., with the mass shooting in San Bernadino. Our nation is in great need of healing. And it certainly won’t come from the fear mongerers at the center of the public debate.

The healing will only come when people of good will speak up from the periphery and insist on sane, safe solutions to the proliferation of weapons of war in this country. We are facing not only a threat to national security, but also a public health crisis.

To those of you who are wondering why I’m writing about this instead of sticking to living with scleroderma, I can only say that it’s weighing heavily on my mind. I feel stressed every time I watch the news. That stress affects my body’s ability to heal.

Each of us has a part to play in helping our country to heal. None of us can stand at the edges and simply watch. I’m trying to sort out my own piece, as I write to you here.

With that in mind, I leave you, Dear Reader, with John Donne’s famous words, written originally in the form of a meditation in 1624:

No man is an iland, intire of it selfe; every man is a peece of the Continent, a part of the maine; if a clod bee washed away by the Sea, Europe is the lesse, as well as if a Promontorie were, as well as if a Mannor of thy friends or of thine owne were; any mans death diminishes me, because I am involved in Mankinde; And therefore never send to know for whom the bell tolls; It tolls for thee. . .