There are some bizarre advantages to having scleroderma. For one, I don’t have as much body hair as I used to, so it take much less effort to shave my legs, and I hardly ever need to shave under my arms, which makes summertime grooming a snap. 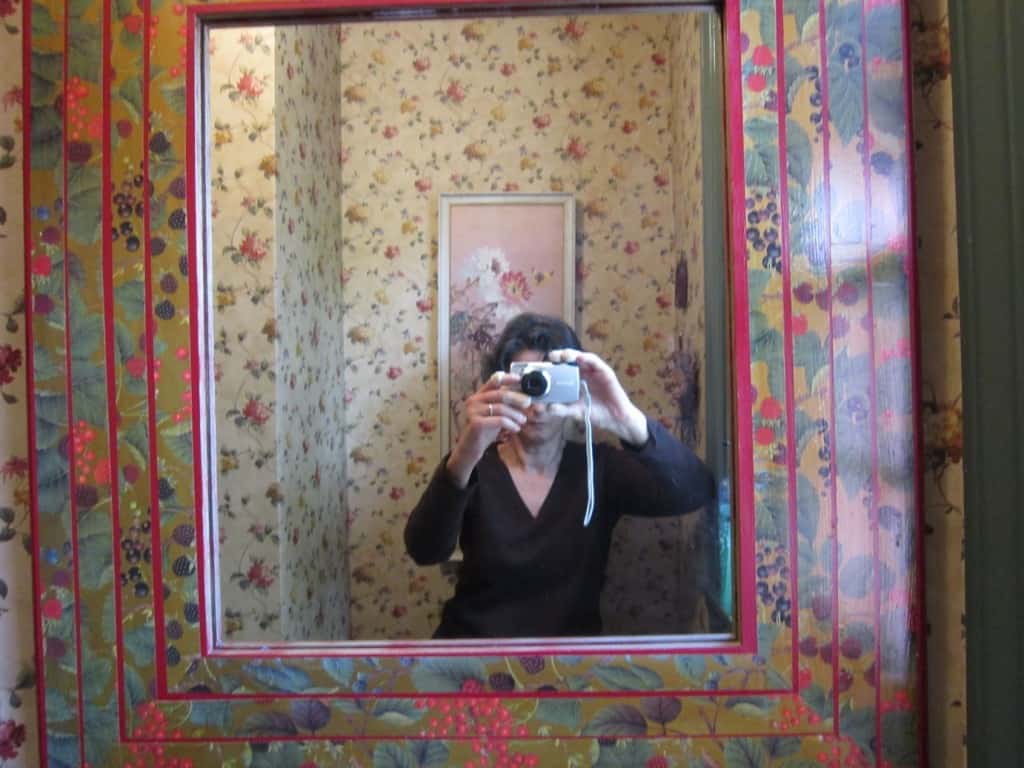 For another, although my facial skin has loosened with excellent medical care and time, thank God (within the first five years of my disease, my face became so tight that I was having some difficulty blinking my eyes), I still have relatively few wrinkle lines. Whereas some women pay hundreds of dollars for collagen creams that plump up their skin, I have more than enough collagen to go around.

Which isn’t to say that I don’t fret about my appearance as much as most other women my age. In a culture that values youth and physical perfection, where magazine ads feature models with Photoshopped features that defy wrinkles and flaws, I am quite conscious of the ways that scleroderma distorts my face.

There is the fact that my nose—generous, to begin with, like my father’s and his father’s—has narrowed and looks and feels pinched. There are the red, blotchy telangiectasias (dilated capillaries) that speckle my nose and dot my right cheek. There are my droopy eyelids, which have fallen over the years due to thickening. There is the asymmetry in my facial muscles, so that the right side is slightly weaker than the left, causing me to smile a bit lopsided. And there are the deep furrows around my lips, resembling a cinched purse.

Most of this I can address with some artfully applied makeup. A couple of years ago, I discovered Arbonne products, which are vegan, extremely lightweight and moisturizing, and use a wonderful color palette that complements my skin tone.

But my deep mouth creases are another story. When they first developed, around the time I was approaching menopause, I was, quite frankly, horrified. This sounds shallow, I know. There are many other, much more horrible things that can happen to you than to develop ugly mouth wrinkles. And yet, self-conscious me hated them and wanted to do something about it.

So I consulted with my rheumatologists and a couple of specialists. A plastic surgeon advised me not to frown or look down, because it exaggerates my creases, and suggested Botox. The idea of injecting a substance that would relax my face into a mask seemed ridiculous, so I passed on that (and him). A cosmetic dermatologist suggested a more promising alternative, injecting hyaluronic acid (HA), a natural filler used to smooth out “puppet mouth” (those long creases that run from either side of the nose to the chin), crow’s feet and other facial flaws.

Al was supportive, though he assured me I looked fine the way I was. He understood how I struggle with the way scleroderma has distorted my body and was willing to go along with my experiment. After doing a test of HA on the inside of my arm to be sure I wouldn’t have an allergic reaction, I went ahead and had the procedure.

This was not fun. First, the cosmetic dermatologist marked the worst creases with a felt-tip pen. Then, after numbing the skin, he stuck a very sharp needle beneath each line around my mouth to fill the furrows with HA. It hurt like hell. He gave me a stress ball to squeeze, which didn’t help much. Neither did the anaesthetic. I quipped how we’ll do anything for beauty, and he just nodded. Of course. I wondered what he really thought of me and all the other women who came to him, in vain, to try to reverse the aging process.

As expected, the skin around my mouth reddened and swelled for several days (I did this at the end of the work week, so most of the evidence would be gone by Monday morning). As the swelling receded, I checked my reflection frequently. Were the furrows gone? Did I look like my younger, healthier self again?

Alas, as weeks passed, I realized that all I’d gained were small lumps where the deep wrinkles had been. The effect wasn’t smooth and youthful. In fact, the HA caused the skin around my mouth to feel a bit tighter, because of the extra filling. When the substance fully absorbed, after about five months, I was relieved. No one ever noticed the difference (or if they did, they never commented), I could open my mouth more readily again, and we were going to save a ton of money.

And, at the risk of sounding Pollyannaish, I discovered a much wiser, free solution: My mouth furrows disappear when I smile.