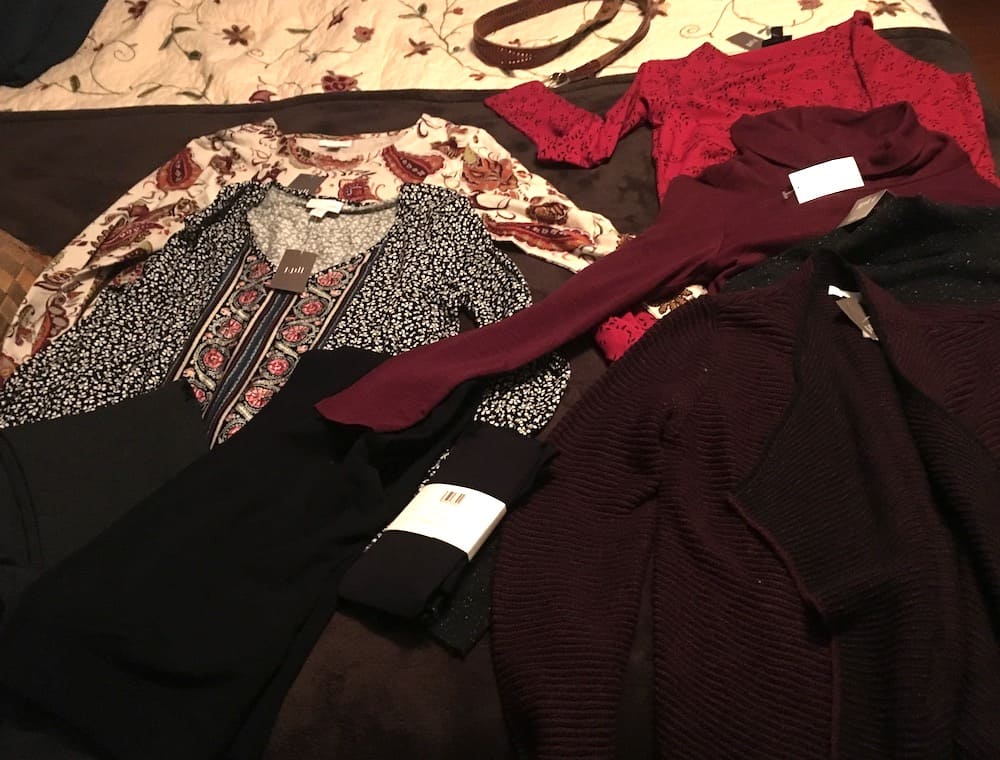 I am getting really tired of winter. I know, it’s only a month into the season, officially. We’ve had one real storm and another day of snowfall; not so bad, so far. But it’s the extreme cold of recent weeks and the fluctuating temperatures that I’m finding exhausting. At least the days are getting noticeably longer, once again—a saving grace.

So it was this weekend that I decided to beat the winter blahs and treat myself to some new clothes. I have been wearing the same sweatpants, turtle necks and long sweaters, in varying combinations, for months, now. And I have not gone clothes shopping in a very long time—not since my hands began to deteriorate last spring. The idea of trying on outfits was anathema. I couldn’t manage it. Now that my hands have healed, a shopping spree was a real option.

It didn’t hurt that end-of-season sales were in full swing (ironic, since the season is far from over!). I gave myself a full afternoon, so I wouldn’t feel rushed, to check out some stores at a nearby mall. This, in itself, was a change of tempo, since I’ve come to rely on the Internet for the majority of my purchases.

I picked a good time, because the mall was not crowded. The stores I chose had only a few customers; sales staff were pleasant and helpful. And I scored big: a pretty and practical wardrobe for transitional temperatures, with coordinated layers that I can mix and match. All soft, comfy and relatively easy to put on and take off. And all within the modest budget I’d set for myself.

Most amazing, I actually had fun shopping! This has not been the case for a long time. Dressing, undressing and dressing again has been a huge hurdle. I haven’t been happy with how clothes fit. But I’d done enough homework to pick the right stores with options that fit my taste and pocketbook. In two hours, I was done, buoyed by success.

In addition, I realized that my vision, which has been blurred for weeks due to the hyperbaric oxygen therapy, is beginning to clear. When I had ventured to a mall several weeks ago for a small errand, the signs were so blurred that I felt dizzy. As I left the mall on Sunday, it suddenly occurred to me that I hadn’t noticed or felt disoriented by my inability to see objects that were farther away. So, more progress.

Snow on the ground will be gone by Tuesday evening, thanks to a day of heavy rainfall (fortunately we’re in a short warming pattern, or we’d be buried again). At some point, the crocuses will peak out of our garden. And I continue, thank goodness, to heal.