Since Thanksgiving, lying in bed before sleep, I’ve been exploring the constellations beyond our ceiling. I do this with the help of the StarTracker iPhone app. Day or night, inside or out, cloudy or clear, you can raise your iPhone to the sky and see what stars and planets are overhead. Very cool. 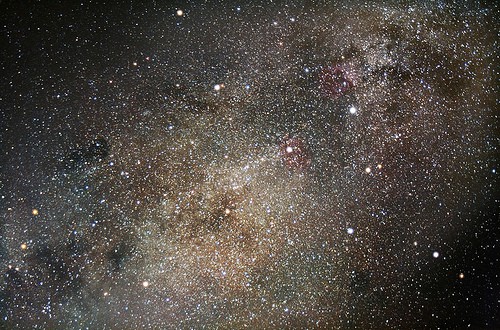 I’ve been fascinated by the night sky since childhood. So last Wednesday, with help from Emily, home for the holidays, I downloaded the app and we bundled up to go outside and give it a test drive. The night sky was overcast, charcoal gray, and we could only see the moon and one star. But with StarTracker, we could still locate the position of our favorite constellation, Cygnus the Swan, flying westward toward the horizon, as well as Cassiopeia’s glistening W and where to seek Jupiter when skies cleared.

This was at the end of a difficult day that had begun at 6:50 a.m. with a call from Mindi in Tel Aviv, reassuring me that she was fine and far from the bus bombing minutes earlier, and had ended with our relieved evening texts about the cease fire between Israel and Hamas. In the middle, I’d received an email from a friend whose sister had been dying from scleroderma, with the sad news that she had passed the prior week.

Later that night, struggling to sleep after the day’s emotional roller-coaster ride, I thought about my friend’s sister, how her family’s sorrow must be mixed with relief that her soul was finally free of the rigid prison her body had become. I went to the bathroom window to see if the moon’s gleaming face was still visible. I matched it to my iPod’s screen and looked again for Cygnus.

The next evening, after a great, grateful Thanksgiving meal at our cousins’, we came home to clear, cold night skies. Em and I bundled up again and took my iPhone outside. This time, we saw Cassiopeia sparkling high overhead, found Jupiter’s bright pinpoint nearby and Polaris at the tip of a barely visible Ursa Minor. From the app, I learned to identify Cepheus’ box with a peaked roof. Em got cold and went inside, but I stayed a few minutes longer to figure out more constellations—Pisces, Perseus.

Back in our warm kitchen, I sat down with my stars and planets field guide and began reading, trying to figure out the relationships among the constellations. How did sailors and shepherds understand the night skies they knew so well? No apps back then. Of course, the answer was stories.

In Greek mythology, Cassiopeia was married to King Cepheus of Ethiopia. No wonder they were assigned neighboring constellations. Nearby are also the constellations of Andromeda, Perseus and Pegasus, the winged horse; Andromeda was Cassiopeia’s daughter, whom Perseus rescued from Cetus, the sea monster (another close-by star cluster), after he escaped on Pegasus, after slaying Medusa.

Here in the West, we understand the night sky through a Greek lens. But, I wondered, what about other cultures? The Chinese have their own constellations that look more like zig-zags than enclosed shapes, with names like Celestial Kitchen and Mausoleum, and legends about individual stars, including several in our constellation Orion that the Chinese describe as fighting brothers who had to be separated.

And what of the Arab world? Here, intermingling of Greek and Arab cultures produced Arabic names for Greek constellations. Cassiopeia is known as That Al-Korsi, roughly translated as Who (Lady) Has Chair, describing the Greek’s illustration of a sitting woman represented by the W of stars. Cygnus is Ad-Dajajah, The Hen. Ursa Major, which includes the Big Dipper, is Ad-Dubb Al A’kbar, The Greater Bear.

Every culture has its names for the brightest stars. Ancient astronomers of the northern hemisphere, wherever they lived, recognized the centrality of Polaris, the North Star—Tien Hwang Ta Ti in Chinese, for the Great Imperial Ruler of Heaven; Al Kiblah in Arabic, for the star least distant from the pole—all observing how other constellations wheel round it as the Earth revolves on its axis.

We all share the night sky. We all share the Moon’s silver face, the cycle of life and death. Our beautiful blue planet, so massive in our minds, is but a gleam of sapphire in the endless universe. Seen from afar, do rockets fired at enemies appear as sparks? Does a freed soul emit energy into the void?