A great vacation lifts you out of yourself into a new world that enables you to reflect on your present state of being, gain perspective, inspiration.

And it doesn’t require extensive travel or expense. Last week, Al and I took time off for day-trips to places we’d never been right here in Massachusetts.

This strategy conserved both money and energy. When we’d had enough for the day, we just drove home. We got a relaxing mental break from work without the physical strain of travel—a significant plus for me. 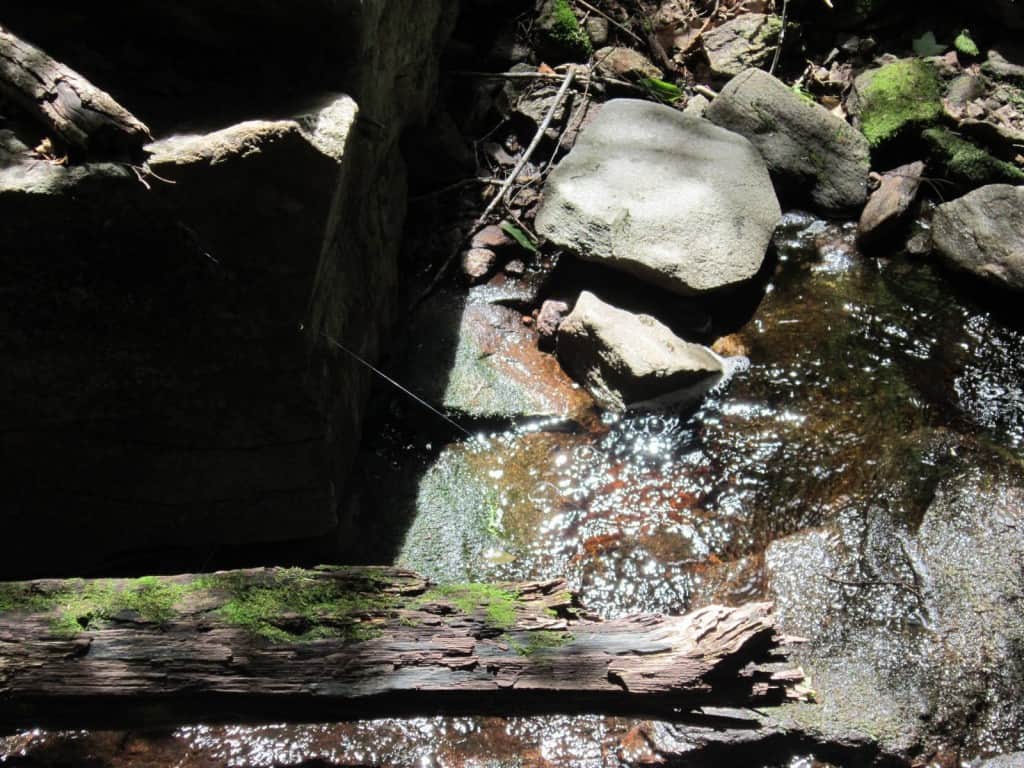 Our drives took us north to Royalston, just shy of the New Hampshire border, for hiking in beautiful forests managed by The Trustees of Reservations; southeast to Brockton’s Fuller Craft Museum, to view exquisite blacksmith art and glassworks; east to Concord for a great exhibit of Annie Leibovitz photos at the Concord Museum, a pilgrimage to the graves of Thoreau, Emerson and Alcott, a view of the Revolutionary battleground at the North Bridge and a trek along Walden Pond; and west to Amherst and the Eric Carle Museum of Picture Book Art exhibit of original illustrations by Ezra Jack Keats (The Snowy Day), as well as a stop at the National Yiddish Book Center, where we watched actors rehearse and sort out the psychological motivations of characters in a translated play by David Pinski.

Scrambling over roots and boulders alongside Spirit Falls in Royalston, relieved that I could keep up with Al, I savored the music of water slipping over rocks (too dry this summer for much more). If a brook trickles in the forest and nobody hears, does it make a sound?

At the Fuller Craft Museum, marveling over swirled wrought iron tables and whimsical glass lamp sculptures, playing with rag weaving and admiring bowls turned from tree stumps, I envied those gifted, strong hands that made art of the everyday, every day.

Viewing the powerful photos in Annie Leibovitz’s Pilgrimage exhibit at the Concord Museum, I caught my breath before an image of the gloves that Abraham Lincoln wore the night he was assassinated at Ford’s Theatre—index finger and thumb stained by rust-colored blood.

At the headstones of Henry, Ralph and Louisa May, I photographed still lives of thank-you notes, postcards, stones, pinecones, leaves, and clusters of pencils and pens. One note thanked Emerson for saving his life. Another quoted “Self-Reliance”: “To be great is to be misunderstood.”

As rain pummeled the Eric Carle Museum, I read how Ezra Jack Keats broke the color barrier in children’s book illustrations in the ‘60s—a teacher wrote him that, after she read The Snowy Day to her class, African American students began to draw self-portraits with brown crayons instead of pink—and rejoiced in the power of art to change lives.

Sunday night, not wanting to let go of the week’s magic, I found essays by Thoreau and Emerson. Two quotes resonate:

This world is a place of business. What an infinite bustle! I am awakened almost every night by the panting of the locomotive. It interrupts my dreams. There is no sabbath. It would be glorious to see mankind at leisure for once. It is nothing but work, work, work.
—Henry David Thoreau, “Life Without Principle”

Insist on yourself; never imitate. Your own gift you can present every moment with the cumulative force of a whole life’s cultivation; but of the adopted talent of another, you have only an extemporaneous, half possession. That which each can do best, none but his Maker can teach him. No man yet knows what it is, nor can, till that person has exhibited it.
—Ralph Waldo Emerson, “Self-Reliance”