The world is a better place. On Monday, Mindi earned her Master of Social Work along with more than 250 classmates—idealists, all, who defy the critics and cynics who dominate our public discourse to devote themselves to improving the lives of the most vulnerable members of our society. 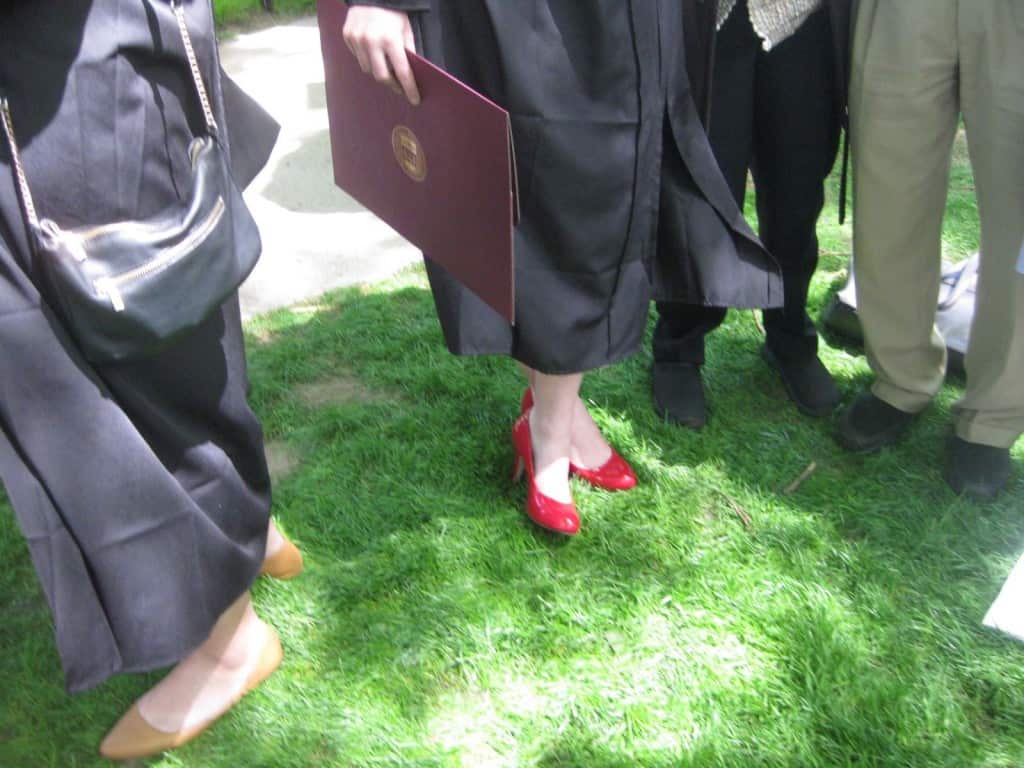 Am I a proud mom? You better believe it! There is nothing more rewarding than watching your oldest daughter emerge as an amazing young woman who has a great gift for helping troubled teen girls rebuild their shattered lives. Whatever she does from this point out, I know she will bring great goodness to whomever she touches.

It’s inspiring, too, to see so many talented graduates willing to take on a profession that does not compensate nearly enough for the value of the work—just because they believe in social justice, the power of empathy and the ability of one individual to make a difference for the better.

This, despite so much depressing news. In his commencement charge, the Dean ran down the list of recent tragedies—from the earthquake in Nepal to riots in Baltimore. We all took hope in the fresh faces beneath each mortarboard.

Even as I’m proud and grateful, I wonder and worry about the world that Mindi and her fellow graduates are taking on. Maybe it’s the speed with which we hear of terrible news—wars, natural disasters, exploitation and torture of innocents, riots, deadly disease, on and on—or maybe it’s the nearness of all these events via video and social media blasts, that makes the world seem so much more dangerous.

It wasn’t all that rosy when I was in college in the 1970s, either. The Iron Curtain, China’s Cultural Revolution, Vietnam, Mutually Assured Destruction, Watergate—these were the headlines that defined my coming of age as an undergraduate. In 1980, when I earned my journalism degree (my second master’s), Americans were still held hostage in Iran, the Iran-Iraq War was raging, more than a thousand people died across the southern U.S. in a dire heat wave and Miami riots left 17 dead.

We just didn’t have 24/7 coverage coming at us from a zillion directions. CNN had only launched that June.

So, I will try to maintain my perspective and trust that Mindi and all of her wonderful fellow social work graduates will maintain their idealism and energy and belief in their ability to make a difference. And even if that idealism falters and is tested by harsh realities, I must believe that they will keep on trying. We need them, each and every one.