As the late Joan Rivers would say, “Can we talk?” 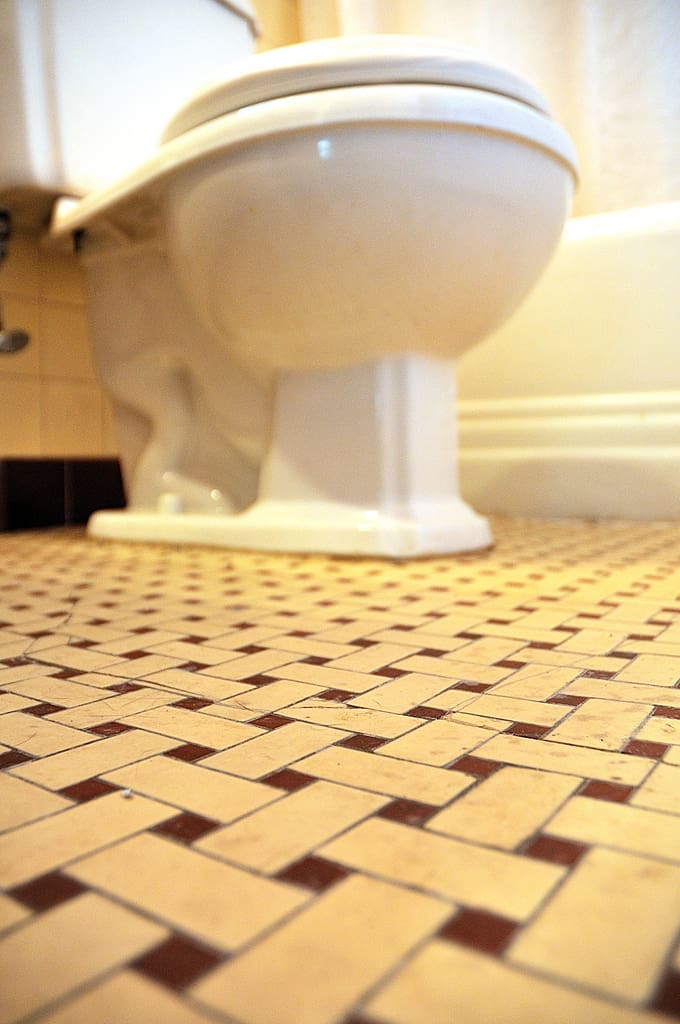 Now, before you say, “E-w-w-w-w-w-w-w,” I raise this because it’s one of those topics that no one wants to discuss in public, but that presents some very real challenges for those of us with scleroderma.

To wit, what do you do when your hands don’t work right—because you have digital ulcers, like me, and/or you have flexion contractures that freeze your fingers at right angles, and/or your wrists aren’t flexible and your skin is too tight and your fingers are sore or just not that strong anymore—and you have to clean your bum after taking a dump?

It’s not easy, and it can be downright frustrating.

I’ve discussed this with occupational therapists over the years and gotten a few helpful suggestions.

Here’s what I’ve found to be most effective. There are three essentials:

And here’s my method: Make a wad of toilet paper, large enough that you have a good grasp without exposing your fingers. This essentially provides padding for fingertips. Top it with a wipe. This gives you additional protection plus a gentle moisturizer for efficient clean-up. Swipe and flush. Repeat as needed. Then clean your hands with the sanitizer.

Sometimes, if you’re dealing with a bigger job, it helps to have some disposable vinyl gloves on hand, to be sure you keep your fingers clean.

If you have trouble pulling the wipes out of their plastic packaging, try cutting the package apart and placing the stack of wipes into a ziplock bag, the kind with a plastic slider at the top edge (I find these easier to open and close). This is also a good way to carry some wipes with you, in a purse or carryall, when you are out of the house.

If anyone out there has some additional tips, please share. I’m a fanatic about hand hygiene, because I’ve had far too many infections over the years. We all have to use the john, and those of us with scleroderma—or any other medical challenge that limits manual dexterity—have to be creative when it comes to bathroom habits. It’s not just a matter of staying healthy—it’s a matter of staying independent.

Quarter past ten. Why does it always take almost as much time to drive 50 miles from my home into Boston as it does to maneuver through local traffic and park for my rheumatology appointment?

I’ve driven round and round the garage, finally located a space on the sixth level. Heading toward the stairs, I notice the elevator has just arrived and decide to shave a few minutes. For some reason, I have it in my head that I’m late, when I’m actually, amazingly, early for a change. 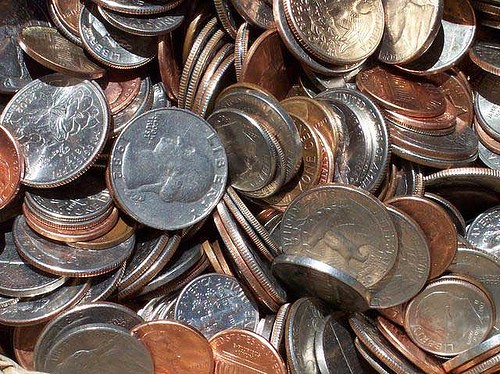 A curly haired woman in capris steps into the elevator ahead of me. As the doors begin to close, another woman with a rolling briefcase runs, calling for us to wait. The first woman reaches her forearm to hold the door. “I’m not very good at this,” she apologizes. “But you did it!” says the third passenger.

When the curly haired woman steps toward the back of the elevator to make room, I notice her hands. They are frozen into fists, with scabs from ulcers on the back of each knuckle. Her face is smooth and tight, lips pulled into a grin. She carries her paper coffee cup in a pink rubbery sleeve with two handles that she can hook with each hand.

As familiar as I am with scleroderma, I’m startled. I don’t often meet a fellow traveller. I feel badly for her. Her hands seem so much worse than mine. I wonder if I should say something. But casually commenting, “So, I see you have scleroderma, too,” feels awkward. There’s no hiding this disease. We all want our privacy.

We both walk quickly across the street and into the medical center. She pauses to study the floor directory. I signal the elevator and am the first one in, this time. We exit at the same floor, with me a few steps ahead. We sign in for our appointments simultaneously. I overhear her saying that she is seeing the same rheumatologist. Her appointment is the one before mine.

As I open my wallet, a dozen coins spill onto the carpeting. Great. This is the price of leaving the coin compartment unzipped to save my fingers. The curly haired woman is the first on her knees to help me. She scoops up some quarters and dimes with her fists and places them on the counter before I can flip a few into my palm. “I often find using a piece of paper helps,” she says. I thank her, marveling at her speed.

We sit on opposite sides of the waiting room. She scrolls on her pink-encased smart phone. I type on my laptop. Our doctor is running late, as usual. I think how grateful I am that I can still type. I notice how adept she is at maneuvering objects with her two fists. I keep track of her turn, since mine will be next. She disappears into the warren of exam rooms.

When I finally see my doctor, an hour later than scheduled, we go over all my latest symptoms and difficulties. My ulcers have been particularly troublesome for the past few weeks, due, no doubt, to the odd extreme temperature changes of late. It’s frustrating, I tell him. They’re sore all the time. But, I add, there was this woman in the waiting room who had the appointment before me. Her hands were so much worse. What do I have to complain about?

It’s only a few days later, when I recall her comment about how a sheet of paper helps her to scoop up coins, that I realize she may well have thought the same of me and all my bandages.

This is a jarring disease. It disfigures and contorts the body. But it doesn’t straightjacket creativity, so essential for coping. My curly-haired counterpart has figured out how to scoop up coins with her fists. I have found the lightest touch keyboard so I can still write with my bandaged fingers. I wouldn’t trade my frustrating but familiar problems for hers, and I expect she would say the same of me. Maybe we’ll talk about it, next time our appointments coincide.

Decades ago, when scleroderma first attacked my hands, my right index finger began to droop. Over the course of several years, it stiffened into a hooked flexion contracture, bent to an immobile 100-degree angle.

To me, it looked like a claw. It was ugly, hag-like. I hated it. I was constantly smashing my bent knuckle into drawers and cabinets whenever I reached for something. It hurt when I shook hands. It was an embarrassing deformity. 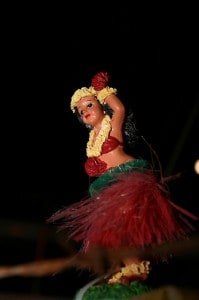 The hardest piece was that it had been my favorite finger, enabling me to maintain deft control of pencils when I drew, of needles when I sewed, anything that involved fine motor coordination. I had talented hands with great kinesthetic feel, and my right index finger was the most talented of all.

As the risk of permanent knuckle ulcers and infection grew, I decided to look into corrective hand surgery. I went to one of the best orthopedic hand surgeons in Boston for an assessment. The surgery was doable, but I was scared. What if it didn’t work? What if I lost my finger in the process?

While I debated what to do, our youngest, Emily, expressed a very different view. For her, my digital hook was her favorite. Born a premie and always petite, she had tiny, slender fingers, and she loved to hold my bent index finger like the handle on a tea cup whenever we would snuggle. Her gentle touch was always a salve.

It took me a full year to gather up the courage to have the surgery. All went well, no complications or infections—though my hand surgeon commented that the operation was challenging, my skin as fragile as an onion’s. He shortened the finger so I could still pinch the tip of my resorbed thumb and stabilized the joint with two steel pins.

Emily was disappointed that she couldn’t hold it the same way anymore, but old enough to understand why the surgery was necessary. Gripping the finger, with its internal pins, was painful. So we found other ways to hold hands, as hers grew.

Then the bones in my finger began to resorb. Gradually, the pins poked their way out of the bone and stabbed my knuckle from the inside. I saw another hand surgeon, and we agreed he would remove the pins. As my finger had healed well from the initial surgery, it had formed what he called a “false joint,” and would still be useable.

So, the pins came out. My finger looked a bit squashed and quite stubby, but this time, I was much less concerned about aesthetics and just grateful to have a working finger without pain.

And there was one new attribute that delighted Emily: Since the joint was now more tendon than bone, I could rotate the tip of the finger in a circle, like a hula dancer. I’d hum a tune and make it jiggle, and she would giggle. Another saving grace.

I had my first hand surgery when Emily was five. This week, she turned 20. We still occasionally joke about my hula finger. And we still hold hands when we visit.