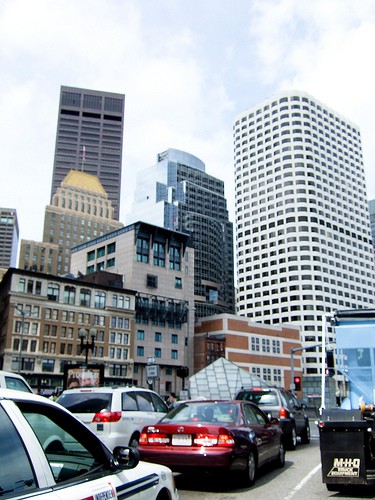 Last week, I had one of my quarterly visits to my rheumatologist at Boston Medical. It was an 11 o’clock appointment, which, by definition, knocked out at least three hours from my workday—including driving, parking, waiting and the appointment itself, plus whatever other tests he might order.

I was doing fine on the Mass Pike until I got to the Pike Extension closer to the city. Suddenly, traffic slowed to a near halt. I spent many years commuting to Boston and know the patterns pretty well, so it was a surprise to hit a jam in late morning. I called the clinic to let them know I was stuck.

“You have a 15-minute window,” said the voice on the other end, someone unknown to me. “After that, we can’t guarantee your appointment.” I had already been driving over an hour. I tried to explain that I had no control over traffic. She just repeated the company line. I hung up, thoroughly annoyed, and decided that no matter when I finally got there, I’d insist that they check with my doctor and fit me in.

I hustled around more slowdowns and construction, finagled my way through local traffic near the hospital and lucked out with a parking spot on the garage’s fourth level. When I reached the Rheumatology Clinic, slightly short of breath, it was just past 11:15. The two receptionists that I know were there, totally fine with my arrival time. And, as is often the case, my doc was running late, anyway. I settled in with my Kindle and started reading.

About a half-hour later, when my rheumatologist arrived in the exam room, I related my travel woes. He said in the future, not to worry. “I often run late,” he admitted. “If everyone has to wait for me, it’s only fair that I would fit you in.” Thank you, thank you. Not only is he a great diagnostician, he’s a mensch.

When we finished reviewing my latest episode of cellulitis (he laughed when I quipped how it inspired my blog post the week before) and the rest of my status report, I asked if I could get my flu shot. As he left the room, I promised to send him images of my finger ulcers using my new iPhone, the next time I changed my dressings (we agreed it was a great way to save time and wound exposure in the office visit).

A few minutes later, one of the nurses appeared at the door carrying a hypodermic needle and an alcohol swab in a foil packet. “Evelyn, it’s so good to see you!” she said with a laugh. “It’s been such a long time. You look great!”

A big woman, she opened her arms and gave me a huge hug. This is the nurse who handles all medication refills and who did battle with our former insurance company to be sure I was able to continue with a very expensive prescription when the insurer didn’t want to cover it without insisting I go through an invasive procedure. She won.

We caught up a bit, and then she gave me the flu shot—just a slight pinch, no pain. We said our goodbyes, I collected my stuff and left the exam room. As I set my next appointment for February, I commiserated with the secretary, who knows me by sight, about how neither of us wanted to think about the winter to come.

Maybe it was the hug, but my arm barely hurt the next day.