Most TV commercials, with their caffeinated, in-your-face blasts of sound and image, don’t stick in my brain like the ones from my ’60s childhood—the Madmen era of jingles and story-telling song ads.

There was one in particular that still tugs, a Kodak photo montage of a little girl growing up to become a young mother. The soundtrack—acoustic guitar and treacly male vocal—was “Where Are You Going?”, written in 1957 by Harry Belafonte, Malvina Reynolds and Alan Greene: 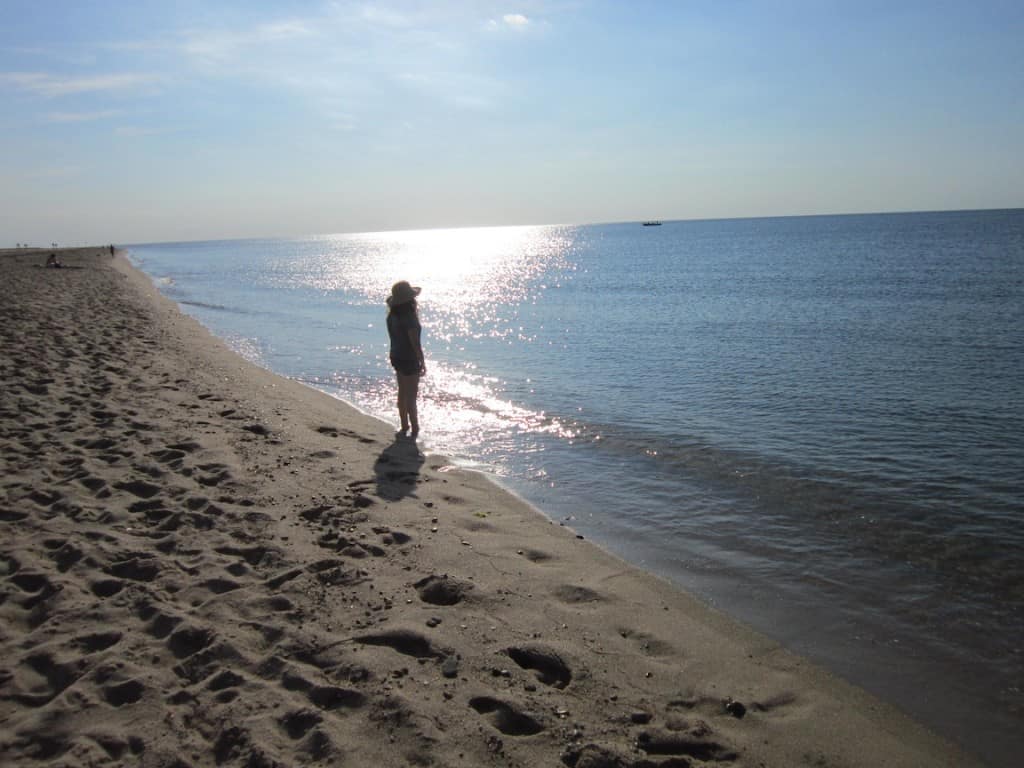 The Season I finale of Madmen alludes to this iconic commercial, when Don Draper lands an account with Eastman Kodak by creating a nostalgic slide show of his own family on the new Kodak Carousel—projecting the images he desperately wishes were true, even as he’s the architect of his marriage’s tragic demise.

Life is never so simple as we’d like it to be. I used to hate that Kodak commercial, because it was cloying and gave me a lump in my throat whenever I watched it. I didn’t like being manipulated by the images and the music, but it sucked me in, every time.

The commercial surfaced in my mind this week, as Emily returned to college for her junior year. She headed back on Sunday because she’s responsible for a freshman dorm once again (her first gig was this past spring, managing the high drama of an all-girl frosh dorm).

This, she informed us, was her last summer at home. And I have no doubt, she’s ready to live away on her own. In the two short months she spent with us, she was busy interning as a psychology research assistant, measuring math skill acquisition in preschoolers; baking some amazing desserts (strawberry rhubarb pie, raspberry lemonade squares, brownie drop cookies); sewing a dress with only some guidance from me and fitting assistance from a great seamstress I know; hanging out with friends; babysitting; working out (10-mile bike rides and mile-long swims); reading good books; catching up on favorite TV series; prepping for a tutorial this fall; and generally managing all of her personal affairs with great efficiency.

We spent a wonderful family day on Block Island and a great mother-daughter day on the Cape in Provincetown, visiting galleries, window shopping, buying hats and going to Race Point, then having dinner at the Yarmouthport inn where my family used to vacation when I was a kid. We saw Moonrise Kingdom. We enjoyed a Carrie Moyer retrospective at the Worcester Art Museum. We talked late at night. And we butted heads, mostly over stupid stuff, navigating—sometimes with quiet negotiation, sometimes yelling—the inevitable land-mined boundaries between mothers and grown daughters.

Twenty years ago, Em was a petite 5-month-old, delicate, kitten-like, just reaching the size of an average infant. She was born nearly 6 weeks early, only 3 pounds, 6 ounces, during a March snowstorm that prevented my obstetrician from reaching the hospital, at the end of a high risk pregnancy that culminated in pre-eclampsia, induced labor and a weeklong hospital stay.

We had known that she would need to arrive early. She was small for her gestational age, because my scleroderma was restricting my ability to deliver nutrients through my placenta. But the delivery schedule tightened further when I developed stomach pains on a Sunday and learned the next day at my check-up that my blood pressure had soared and I was spilling protein into my urine.

Reduced to a rag doll by magnesium sulfate to minimize risk of seizures, I lay around in my hospital bed, wondering what was next. Mindi, our oldest, had come to us through the gift of adoption. Getting pregnant had involved nearly a year of tapering down on d-Penicillamine, which I believe reversed my skin’s relentless tightening, and months of infertility work-ups and procedures.

I was scared. As I began the Petosin drip to induce what would become 19 hours of labor, I felt like I was falling off a cliff. A song from one of Mindi’s favorite videotapes, Rogers and Hammerstein’s Cinderella, looped endlessly through my head—In my own little corner, in my own little room, I can be whatever I want to be.

I didn’t really see Emily until the day after she was born, so tiny in her NICU isolette, her head no bigger than a delicious apple, feet no longer than my thumb. It would be a full month before she could come home at 4.5 pounds, and another month of concerted effort and help from a lactation specialist before she finally managed to nurse.

Turn around. The Em who agreed that we’d have a more peaceful goodbye if she drove back to school with just her dad is a gifted, bright, beautiful young woman, well on her way to making it on her own. We’ve come a long, long distance since she loved to be carried around, snuggling deep into her “bubble bag” sling wherever we went. There will be, God-willing, more great times together, and without doubt, more land-mined mother-daughter boundaries to cross. But I’m glad for her, very glad, that her last summer at home was a great one.