I find this time of year complex. It’s the transition to fall here in New England, with chillier mornings and ever-shortening days, a time when Jupiter shines clear and bright in the night sky by 8 o’clock and I’m never sure how many layers to wear, a time when my fingers go numb again.

It’s also a time of fresh starts—graduate school and senior year of college for our two daughters, and, for myself, a decision to place a higher priority on finding new markets for my personal writing. 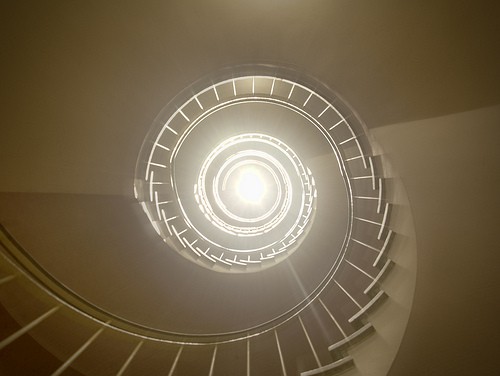 Most of all, it’s a time of introspection, the Ten Days of Awe, between Rosh Hashanah and Yom Kippur, a period of reflecting on where I’ve been, where I’m headed, how I could do better by those I love, and my personal goals for the Jewish New Year.

To that end, I try to find something inspiring to read for the holidays. After rereading Moby-Dick over the summer, with its sweeping themes of the struggle between good and evil inclinations, I turned to a book with an intriguing, albeit chutzpahdik title, Proof of Heaven by Dr. Eben Alexander.

A New York Times best-seller for months, Alexander’s story is a compelling description of his near death experience from a very rare form of bacterial meningitis. As a scientist and neurosurgeon with extensive knowledge of the brain’s inner workings, he had always dismissed his patients’ reports of near death encounters with the afterlife. But his own severe and sudden illness, which shut down his neocortex (the part of the brain responsible for awareness), led to an out-of-body visitation with a supreme consciousness and worlds beyond this one that convinced him, upon his miraculous recovery, to tell his story to the world of God’s omnipresence and unconditional love.

Heady stuff. When I finished the book, I felt uplifted—that is, until the cynic in me kicked in and I began researching on the Internet. Sure enough, there have been plenty of critics, and Esquire totally debunked Alexander’s story in their August issue.

Oh, I thought with a sigh, I’m just a sucker. But the story still had the ring of truth to it—whatever Alexander’s alleged weaknesses and possible ulterior motives for writing the book, his account is consistent with the vast literature of near death experiences that describe encounters with a loving, all-encompassing One that needs no words to communicate, that is responsible for all Being, and that requires our partnership as humans to heal and complete this world, the only one we are capable of knowing.

So I moved on to a more substantive source, Art Green’s wonderfully complex and compelling book, Seek My Face: A Jewish Mystical Theology. I’m only a third of the way through savoring it. What fascinates is how Green, a leading modern Jewish theologian and fluid writer, captures the concepts that Alexander was trying to describe and places them within a solid Jewish textual framework.

He writes of a God (for lack of a better term) who both “transcends and surrounds the world” as well as fills it utterly, an Omnipresence, a supreme consciousness that is both apart from and deeply a part of us all. He wrestles with this Oneness and our sense, as mere mortals, of separateness and fragmentation, from God, from each other, from Nature, from Being. He reframes the question so many have asked throughout the millennia, “Why did God create the world?”:

Why is reality the way it is? Why does human consciousness experience itself as separate but bear within it intimations of a greater oneness? If all is one, on some deeper or truer level of existence, why do we experience life as so fragmented?

This is not a book of simple answers or assertions about the afterlife, but it is deeply moving and challenging. I have no brilliant insights to add to Green’s discussion, only more questions of my own, and a conviction that there is some kind of loving, pure presence that we all are a part of and a partner of. That faith, and the belief in the basic goodness of people, despite all the suffering and evil we see in this world, is central to my being and my ability to cope.

I had the privilege of being present when both of my parents died—my mother, in 1999, from a rare and very aggressive form of thyroid cancer, and my father, in 2009, from Parkinson’s. Each passing was profound. With their last breaths, I had the distinct sense, most strongly with my mother, that this was a passage to another state, one far beyond anything I could understand. Their mortal lives were over, but their souls had gone somewhere else. I carry that awareness with me and find it reassuring, albeit fleeting.

Living with chronic illness brings these questions and musings to the foreground. You are simply more aware of your own mortality, of the fragility of life, of the many ways our bodies can cease to function well. I do not know of any other way to deal with it all without faith, doubts included—however each of us defines it, whatever religious tradition or other faith practice each subscribes to.

Simply put, without faith, ever-evolving, ever questioned, ever more nuanced, I would be lost. To each and all of you, whatever your beliefs, I hope this time of fall’s transition is a blessed one, filled with peace, personal growth and good health.