Hide Search
You are here: Home / Body / The Nose Knows

One of the odd and frustrating complexities of my scleroderma is the production of calcium deposits. Typically these grow under my finger tips, at pressure points. And every so often, they rise to the surface—sometimes painfully, sometimes not—until they break through. Their consistency ranges from toothpaste to a pebble. The calcium can ooze out or poke like a pin beneath the skin. 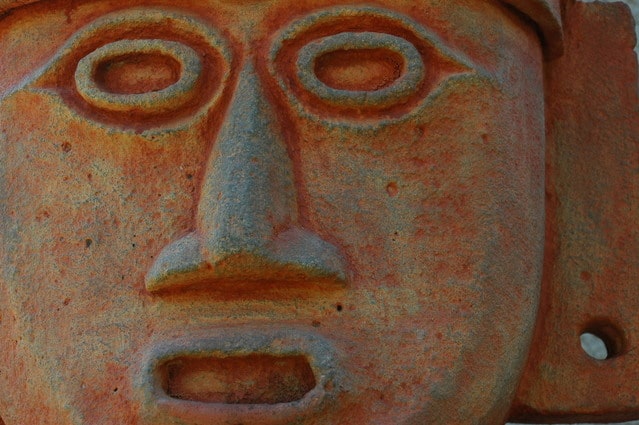 Especially when the calcium forms on the bridge of my nose. This has become a chronic issue for the past dozen years. About every two to three years, I’ll develop a lump of calcium large enough that I have to have it surgically removed in order to avoid the risk of a skin break and infection.

And so it was, a week ago Monday, that I went back to my ENT plastic surgeon to have a lump of calcium removed, once again, from my nose. I used to have a theory that the condition was exacerbated by my glasses (my eyes are far too dry from Sjogren’s Syndrome for contact lenses), and I have gone to great lengths and expense to get only the very lightest weight frames. Certainly these are more comfortable. But after this fourth excision, I’m beginning to think that the bridge of my nose is a little calcium deposit factory, and this is just an inevitable maintenance issue that I’ll face again.

I had felt the calcium lump growing for about a year—not huge, just large enough to poke up and stretch the skin. But our insurance policy was not great, and my specialist was in the second tier, with a big deductible. We couldn’t afford the procedure. Then, thank goodness, Al’s health coverage at work changed for the better (not in small part due to a lot of employee complaints and talk of unionizing). So the first week of January, I called for an appointment. Even though I knew I’d have to heal in cold weather, I couldn’t let it grow any larger without risking a skin break.

Al was able to take the day off and go with me to Boston. After about a half hour wait (during which time a woman sat near us in the busy waiting room and began to play her smartphone music without earphones—and no one in charge said a word), I was called in.

Despite the fact that I had specified what I needed done when I made the appointment (with a referral from my rheumatologist), however, no one seemed to know that I wanted my doc to take the thing out that morning. I made my intentions clear, and we got the ball rolling.

My specialist stepped in to see me, recognizing me right away, even though I haven’t seen him in three years. He checked my nose and started explaining the options, but I stopped him and said I wanted to take care of it now. Then he said, “All right, I’ll have one of my associates take care of you.” I looked at him, a bit stunned, straight in the eye, and said, “I really want you to do it.” So he agreed. I don’t know what was going on with communications there, but thank goodness he’s a good guy and a brilliant surgeon. I absolutely would not trust anyone else.

His resident took care of the local anesthesia. One shot, right where the lump lay. I was actually surprised, because the last time I had this done, I think it took at least two shots, and one was in the nostril, itself. Not a pleasant memory.

Only one problem. As soon as she gave me the shot, I began to shake. My heart started racing. Then I felt a pain in my lower gut, which quickly moved to my lower back. When I closed my eyes and tried to steady my breathing, I could see the light behind my eyelids pulsing with my very rapid heartbeat. When the resident came back in the room (she had stepped out for a few minutes), I asked what was in the shot.

Turns out it was Lidocaine plus epinephrine, a combination I have never had before. (The two are combined to make the Lidocaine “stay in place” and work more effectively.) Fortunately, the side effects passed as quickly as they came—but it definitely threw me. Some people are sensitive, my specialist commented. Yup.

Five minutes later, he had popped out the calcium, a pebble about five millimeters in diameter, and stitched me up. “You have a soft nose again,” he said. I was relieved. With a piece of surgical tape over the incision, I walked out into the waiting room and found Al. I was really glad he was there, because the aftereffects of that shot were still making me feel off kilter.

Anesthesia works through my system very slowly. It took about seven hours before it wore off completely, during which time I tried to sleep, couldn’t, even with a Vicodin, I’m sure because of the epinephrine lingering somehow. I did get to sleep, finally, that night, and was nearly back to normal the next day. By Wednesday, I felt like myself again.

The small incision is almost completely healed, a week later. The stitches are absorbing. I have been able to go without any bandage for 24 hours, even as the temperature has dropped into the teens and we’ve gone from springlike conditions to snow storms over the past seven days. It’s great to have that damn calcium pebble out of my nose.

I made notes so I’ll remember what happened and what to watch out for the next time I deal with this. And whenever I require a local anesthetic, you can be sure I’m going to find out what’s in it, ahead of time. Living with chronic disease means being vigilant, informed and a strong advocate for exactly what you need, when you need it. Nothing less will do.