As every schoolchild knows, water flows downhill. And when its established route is blocked, water will always find a detour. 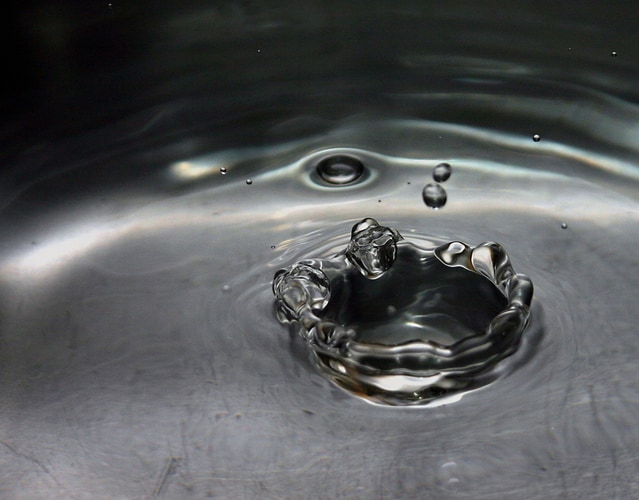 These basic facts of the natural world became all too clear to us recently, when we encountered a major plumbing problem in our basement. I almost wrote “disaster” or “catastrophe,” but those words only apply to floods, natural or manmade. Our issue was simpler, by comparison—though a very expensive lesson about what not to put down your toilet.

It all started a couple of weeks ago, after we’d finished a lot of holiday cooking and dishwashing, when I went into the basement to put a large pot of leftover soup in our downstairs refrigerator. To my astonishment and dismay, the entire floor on the unfinished side was wet, and the overflow sink next to the laundry was half full of standing water. The top of the washing machine was sprinkled with droplets. I yelled for Al to come downstairs and take a look with me. No signs of any leaking pipes in the ceiling. No choice—time for the plumber.

The first plumber, Mike, arrived within the hour. He took a look at the situation and quickly diagnosed it. Our home’s main drain was blocked. Water had backed up into the sink and overflowed all over the basement floor. He set about snaking the line that ran from the sink, under the concrete floor to the main drain from the house. But that’s as far as he could go. The sink was still backing up if we ran water from upstairs. He told us not to flush the toilets.

So the next step required a drain specialist. An hour or so passed until the next plumber arrived. He didn’t introduce himself, but I’ll call him Dave. He used a larger snake to get into the main line from our house to the city sewer. Within an hour, he had cleared a big glob of grease from the main line. “It’s like cholesterol,” said Dave. “It just accumulates over time.” We tested the system by flushing the toilets a couple of times, and all seemed fine.

At this point, I was relieved and felt we’d gotten off pretty easily with maybe a $250 plumbing bill. But water finds many creative ways to flow downhill.

The following Sunday, Al and I decided to do more decluttering in the finished basement family room, part of our mega-project for the fall. As we began sorting through the girls’ old collection of arts and crafts boxes, we discovered that the bottom shelf of the plywood built-in cabinet was wet, as was the rug. Quite wet. No sign of leaking pipes. We mopped it up as best we could, assumed that water had somehow flowed from the other side of the basement from the earlier mess, and put on a fan to help dry it up after we’d finished sorting through the clutter.

Everything seemed to be fine. I checked the rug a few days later and it was drying out, so I turned off the fan.

Then, on Friday night, after we’d finished washing dinner dishes, something nudged me to go downstairs and double-check the rug. It was sopping wet. The laundry sink was half full. We pulled everything out of the cabinet’s bottom shelf and discovered a sliding panel. From behind the panel, I could hear water hissing. Al forced the panel to the side, and we saw a series of pipes and valves, but no drips. One pipe had an open end that was covered with duct tape, for some mysterious reason.

Al went upstairs and turned on the kitchen sink, as a test. Suddenly water started pouring out of the duct-taped pipe. It had backed up again into the laundry sink and was, for some reason, overflowing into this pipe and onto the cabinet shelf and rug. So, now we knew why the rug was wet. And why it had been wet before. And how much time had elapsed from the first soaking to this one.

Over the weekend, we called our regular plumber again. Despite the fact that we would be paying extra for after-hours, and the on-call plumber’s boss would not reveal weekend rates, it couldn’t wait until Monday, because we could not safely flush the toilets.

This time, John came. He was very good natured and quickly assessed the situation. The main line was again partially blocked, and the pipe behind the cabinet had connected to another sink at one time, but was never properly capped. Fixing that problem was easy. The blockage proved stubborn. He tried snaking into the main line from the house and was able to relieve some of the issue, but it was soon clear that we needed another drain specialist. “Looks like some kind of a towel,” he commented, pulling out a small, black, rectangular piece of cloth-like material.

At this point, I was feeling uneasy. Not only were the overtime hours adding up, but I had a sneaking suspicion that I knew the cause of the blockage: so-called flushable bathroom wipes. I have relied on these for years for personal hygiene, because my fingers are so damaged that toilet paper alone does not do the trick. I was going to need another strategy.

John’s drain specialist was unavailable that afternoon, so I searched Angie’s List and found another plumber nearby. His company also charged extra for weekends, but at least, this time, he quoted me a rate over the phone.

Joe arrived within an hour. He came with heavy-duty snaking equipment, enough coil to reach 100 feet, if necessary. He took a careful look and agreed that the main line was the place to start. But he wasn’t sure if that was the whole issue. He was correct.

Four hours later, after snaking the main line to the street twice and the main standpipe, through the pipe under the concrete floor, out into the main line to the street, Joe was finally able to clear the system. He explained a lot about our plumbing as I watched him working very hard. I got plenty of exercise going up and down the stairs to run the tub and flush toilets, so we could check water flow. At least a dozen of those little towelettes came up, snagged in the snake coils, to confirm my suspicion. The wipes were most assuredly not flushable. One very expensive lesson learned. If I still use them, I can’t flush them.

But we’re not done, yet. Vibrations from snaking the old cast iron standpipe caused something to crack in the connection between the kitchen sink and the pipes above. The pipes are in a wall. So we have more expensive repair work to do this week. And we can’t use the kitchen sink until we finish the job.

Joe cleaned up his mess. He made notes for the next plumber about what he’d done. His bill was expensive, but he’d earned every cent. We went out to dinner, then to Home Depot to rent an industrial vacuum to suck the water out of the rug. We’ll probably have to replace the rug sometime soon, but not until the rest of the mess is paid for.

At least we found a good plumber. As Joe said, “You ask five different plumbers and you’ll get five different answers.” Now I know which one to ask, first.